The pegmatite field in the area is situated in a border zone between two tectonic domains. To the north is an area dominated by unfoliated or weakly foliated granites in which the foliation shows no consistent orientation. To the south the country rocks are comprised of gneisses and schists in which a penetrative, generally E-W foliation is developed. These two domains were termed the Richtersveld Subprovince and Bushmanland Subprovince

The granites of the Richtersveld Subprovince comprise an intrusive suite, the Vioolsdrif Suite, of batholithic nature and were dated at approximately 1,900 Ma for the mafic members, to approximately 1,730 Ma for the felsic members (e.g. Reid, 1977). They are intrusive into a succession dominated by volcanic rock types and also containing subordinate sediments dated at approximately 2,000 Ma and which are, based on isotope studies, related to the same magmatic event (Reid, 1977). This volcano-sedimentary succession (Orange River Group) occurs as remnants on various scales in the granites and according to Blignault (1977), a synclinal structure related to pre-intrusion deformation can be recognized in the unit to the east of Vioolsdrif.

In the Bushmanland Subprovince the intrusive gneisses (granodioritic) intrude into schists and gneisses, some of which the protoliths are controversial but a large proportion of which are clearly metasedimentary (such as the biotite schist) . Geochronological ages of 1,200 Ma (e.g. Joubert, 1986) are accepted to represent the metamorphic age related to the peak of deformation in this subprovince.

Hugo (1970) concluded that there are two phases of pegmatite intrusion in the pegmatite belt of the Northern Cape, viz. an older phase at 1,000 Ma associated with the closing stages of the Namaqua orogeny, and a slightly younger phase at 950 Ma related to the intrusion of isolated bodies of late- to post-tectonic granitoids.

Application accepted and granted by the DME.

Located north of the O’kiep copper field that covers an area of approximately 3 000 km2.

Located in the Pofadder pegmatites fields 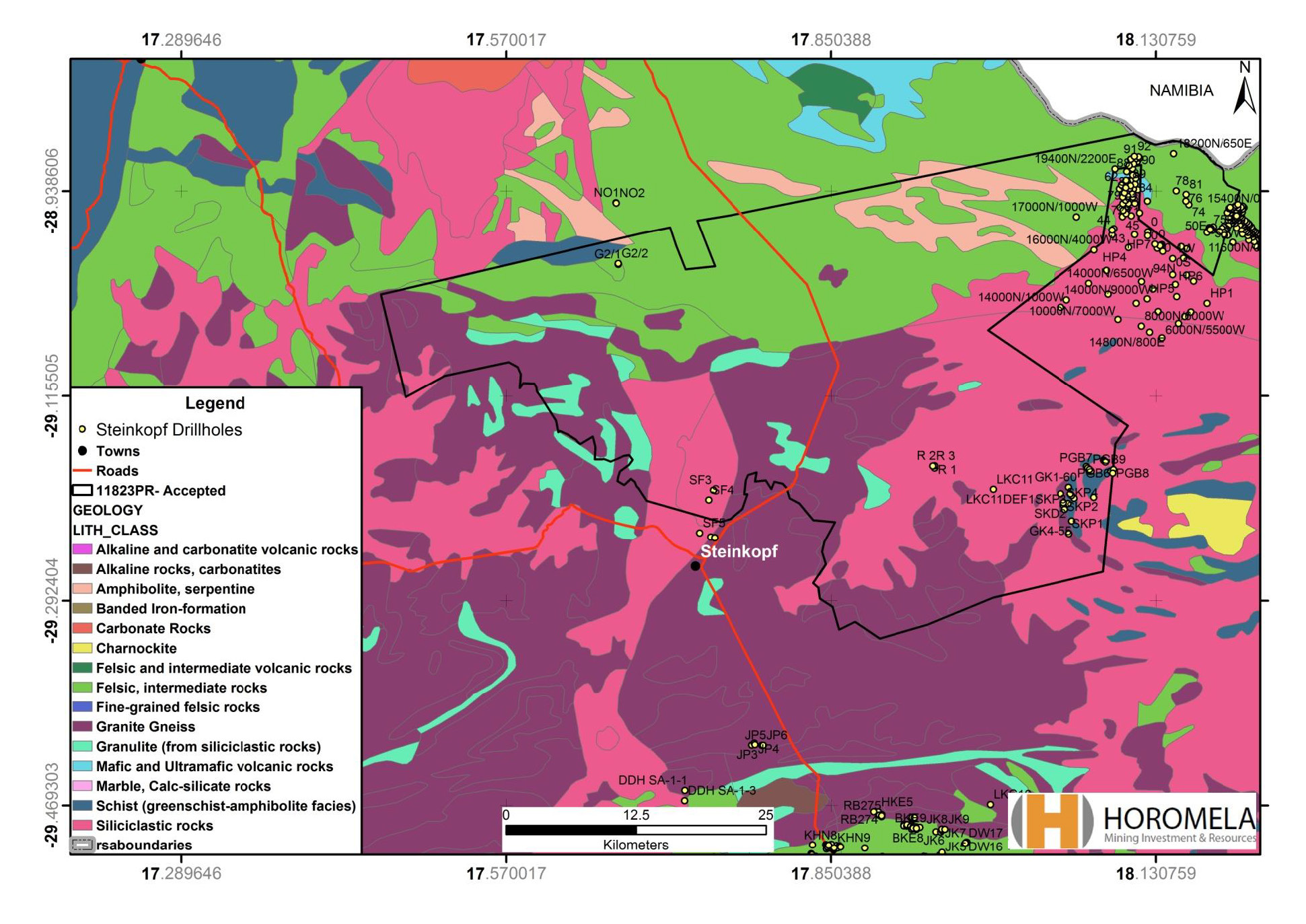 Pegmatites have been classified by Ginsburg et al. (1979) according to their depth of formation, mineralization, and their relationship to igneous processes and metamorphic environment: 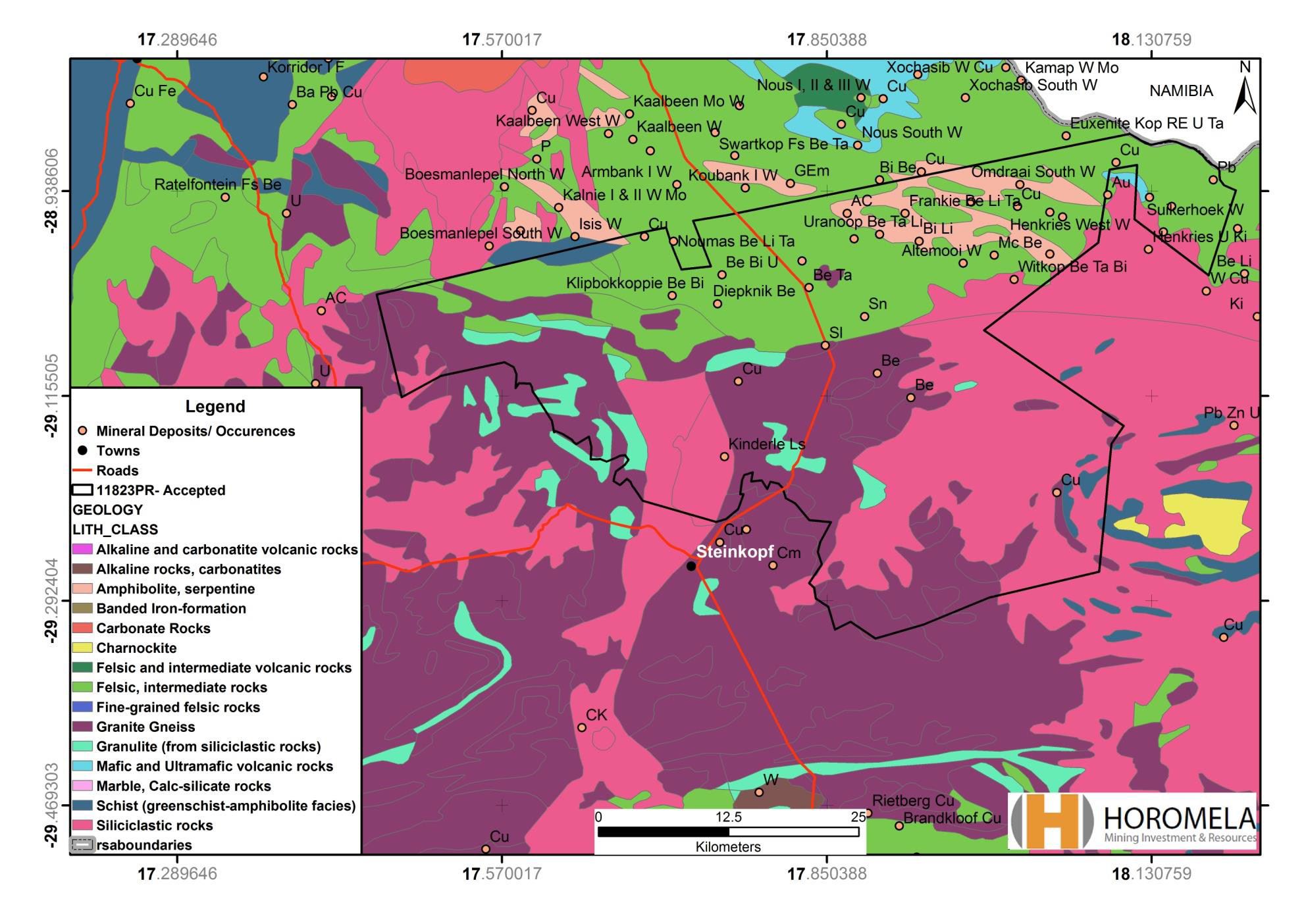 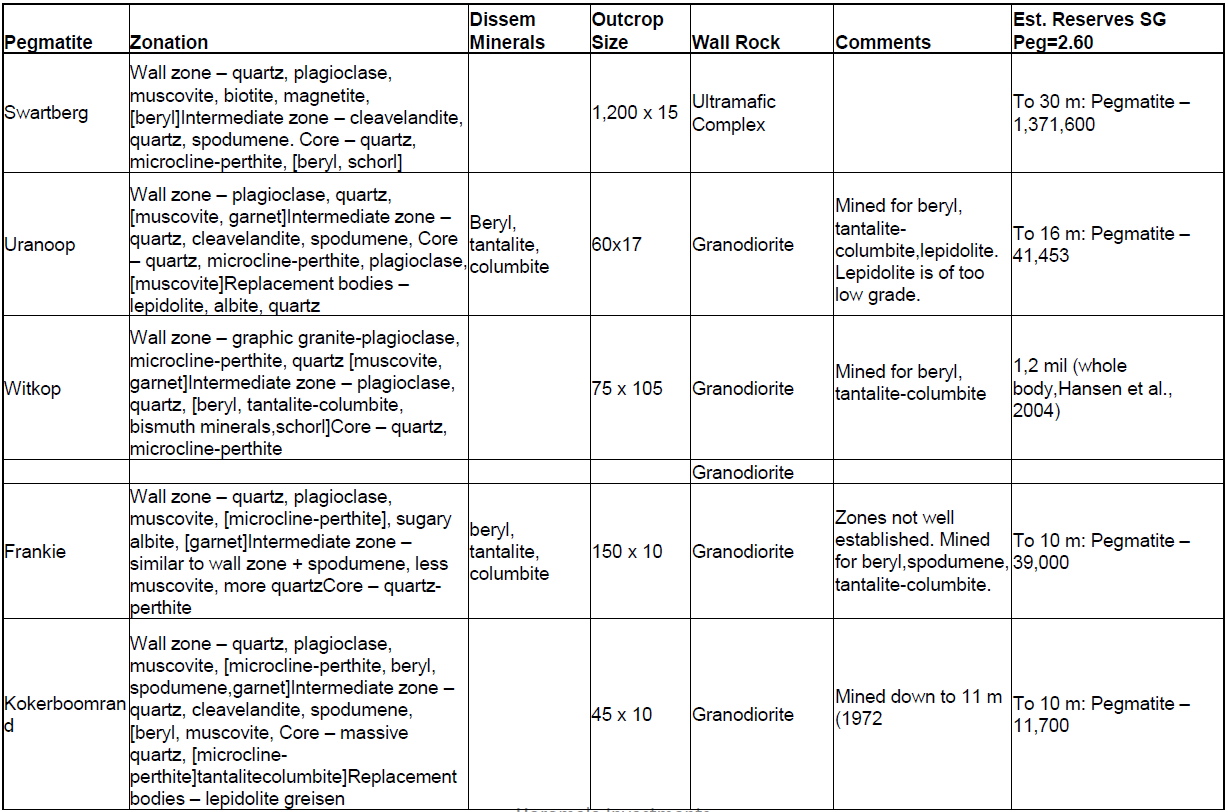 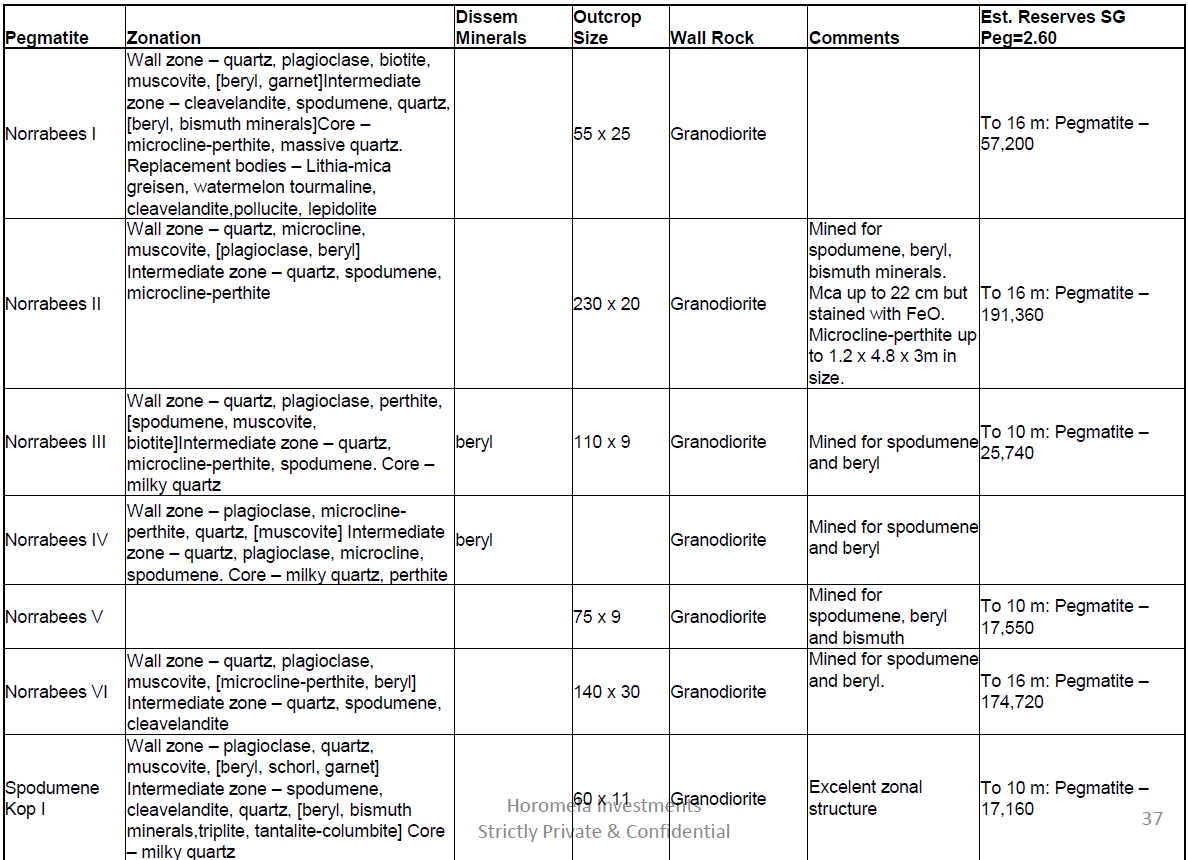 The sporadic nature of mining activities on these pegmatites has been caused by a variety of factors. The most important ones are: